Ever heard of the Baader-Meinhof phenomenon? Even if you haven’t officially, you know what it means. It’s when you buy something new, like a pair of red shoes, and then suddenly everyone around you also seems to have red shoes. Or you learn an obscure fact, only to be asked about it the very next day and then again a week later.

At Keson, we see measuring tools everywhere. Maybe you have a measuring tape in the toolbox in your basement. Or you notice an usher using a clicker counter as you enter an event. We see those and so much more. Here are some of our favorite marking and measuring tools in uncommon locations.

No, seriously. Wildlife biologists love the durability of our long tapes. This long tape was featured in a museum as part of the tools of the trade used by a biologist tracking pandas through the forests of China. How much can he tell from panda poop? A lot, apparently. We’re glad to be part of the process. 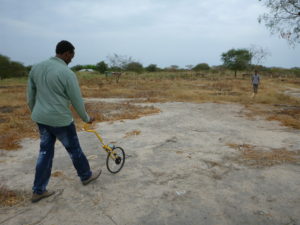 When you are trying to create an irrigation system to a small town in Kenya, accuracy is key. After their first measuring wheel broke, Chris from Engineers Without Borders contacted Keson for a durable replacement. We were happy to donate a new wheel, along with a few other tools, to help bring water to people in need. It’s always great to see our wheels in use, but it’s especially great to see them used for such a noble cause.

At an NFL Game 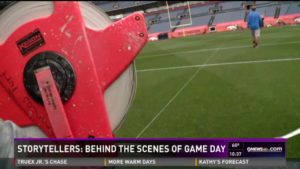 Every inch counts in the NFL. From hash marks to field goals to first downs, we love seeing Keson products in use to make the game happen.

Under the Big Top

The Cirque du Soleil is a movable show. You may have seen its big yellow and blue tent in your city. With acrobats relying on the set crew to make sure the stage fits the same way in the tent every time, measurements need to be accurate.

On Your Favorite Crime Procedural 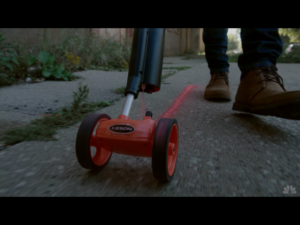 For us, there’s nothing quite like turning on the TV and seeing Keson front and center. You want to know who the killer is. We want to know if that line is straight. 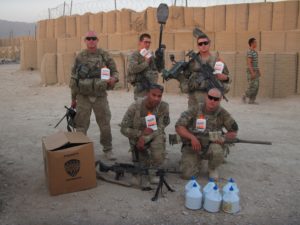 That’s Keson Marking Chalk. Troops Direct approached us about supplying a product that soldiers could use on patrol to mark the suspected location of improvised explosive devices or IEDs. So far, Keson has donated more than six tons of marking chalk to help keep our troops safe.

How tall are the redwoods in Northern California? You need a lot of tape measure to find out. Fortunately, Keson has the perfect product! 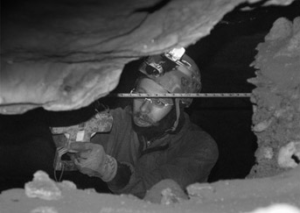 The volunteers of Sewanee Mountain Grotto in Tennessee work 500 feet down, surveying underground caverns and cleaning up garbage left by unthinking party-goers.

The equipment these cavers use must be rugged and able to stand up to extreme weather conditions, from regular submersion in water to extreme cold and abuse, including occasional drops from several hundred feet. After all, when you’re 500 feet below the ground and drop a tape measure, getting a new one isn’t as easy as hopping in the truck and running out to the hardware store. 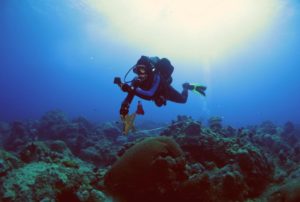 Marine biologists love Keson products. From measuring erosion to the decay of coral reefs, they need an accurate product that won’t decay in salt water the way a steel tape will. Our fiberglass tapes are a great alternative for underwater projects, like in NOAA’s Flower Garden Banks National Marine Sanctuary.

Keson goes to Hollywood! Our small fiberglass tape comes in its own case, making it easy to carry. Plus, they hook easily onto a camera hood. This is the perfect device to make sure every shot is in focus.

Keson’s measuring and marking devices really are everywhere, and now that you know to look for them, you’ll probably see them all the time too. To find the perfect product for an uncommon need, visit our website!