AURORA, IL, October 12, 2015 – Keson Industries, a leading manufacturer and supplier of innovative, high-quality, measuring and marking tools, announced that it made another large charitable donation in September, sending more than 350 rolls of barricade tape to the police and fire departments of Aurora, IL. This is the latest in a string of donations the company has made in 2015, and continues the trend of demonstrating the company’s motto: Make Your Mark.

A HISTORY OF GIVING BACK

Since its founding by Roy Nosek in his Berwyn basement more than 47 years ago, the company has adhered to a set of principles that continues to guide everything it does today. These principles are: Be Positive. Work Hard. Respect Others. Have Fun. Act Ethically. Do Good.

Each year, the company donates thousands of dollars’ worth of products and services to various causes, some of which are regular recipients of Keson donations and some of which are causes in need of immediate help, like the Philippine-based charity known as Gawad Kalinga. Keson sent skids of measuring tools to Gawad Kalinga in March and again in May, which are now being used to assist with the country’s rebuilding efforts following the November 2013 typhoon.

Not all of the charitable donation recipients receive tools from Keson. For six weeks during February and March, Loaves & Fishes of Naperville, IL received a donation of temporary warehouse space from Keson at its Aurora headquarters. The Brookfield Zoo’s Hamill Family Play Zoo received a combination of measuring wheels and tape measures to go along with more than 1,200 empty chalk bottles from Keson for use in various crafts and activities. And the SciTech Hands on Museum in Aurora and DuPage Children’s Museum in Naperville each received tools, plus thousands of small cardboard cylinders from Keson for use in various craft projects.

“The requests we receive for help are often very interesting, since many of the organizations that request donations from us have no connection to our company,” said Ron Nosek, chairman, Keson Industries.

For instance, in July, Keson received a request from a new art teacher with the Glenville-Emmons School District in Minnesota, who was seeking donations of products and used warehouse supplies. In response, Keson promptly sent a skid loaded with various parts and products to this elementary school, thus arming it with a host of new art supplies right before the school year started.

“We could have easily recycled this cardboard that we donated to the school and the museums, but it was fun to find another use for them that would also help others,” said Nosek. “The school in Minnesota just found us in the phone book; it was random. We value each opportunity to serve others, no matter if they are here in our neighborhood or on the other side of the world, like the Philippines.”

Keson Industries is a leading maker of measuring tools and devices. Since 1968, Keson has proudly served professionals in a wide array of industries, including construction, land surveying, paving, civil engineering, carpentry, roofing, irrigation, landscaping, traffic safety, athletic, appraisal/estimating, maintenance, golf course design, mining and blasting, and property insurance. Keson products are made for people who are passionate about their work and getting it done right. For more information, go to www.keson.com. 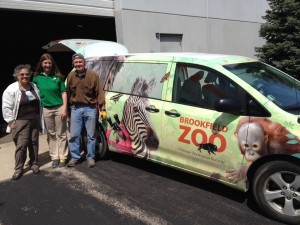 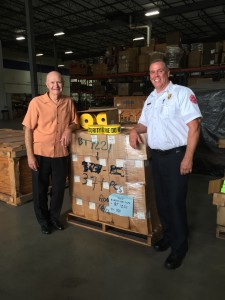