How far is far? And how accurate do you need to be? The accuracy with which you measure dimensions of a room will vary depending on if you’re trying to cut a piece of drywall or figuring out whether your new area rug will fit under the coffee table.

For as long as people have built structures and walked from one place to another, they have measured length and distance. And since it takes more than one person to build a home, it’s important to agree on a unit of measurement from the start. 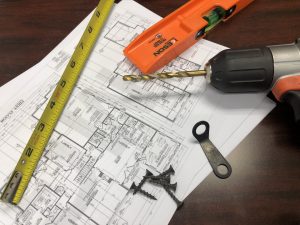 The earliest units of measurement  were based on body parts. A foot was the length of a foot. An inch was originally the width of a thumb. These units date back as far as the ancient Egyptians and Romans. It was the Romans who first divided the foot into twelve subunits called unicae.

The ancient foot was a bit shorter than the modern twelve-inch foot, at about 11.6 inches. But the idea was the same, and the unit of measurement traveled from Rome throughout the Empire, and eventually became the standard in England around the twelfth century, when King Henry I was said to have a twelve-inch-long foot. 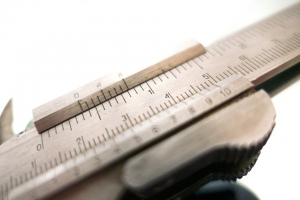 Today, measuring in feet and inches is part of the Standard American English (SAE) or Imperial units of measurement, along with volumes like gallons and fluid ounces and weights like pounds. It’s standard in the United States and two other countries in the world.

Although the SAE system is commonly used on construction sites across the U.S., breaking down feet into inches and fractions of an inch can be tricky. And then you have the metric system used in other countries and the engineer’s scale, which adds confusion to the already complicated systems.

Although the metric system is still seen as ‘new,’ it actually dates back to the 1670s, less than a hundred years after the English parliament finally standardized the mile to be 5,280 feet. French researchers were looking for a standardized unit of measurement and adopting a system based on decimals and powers of ten seemed easier to use than dividing by eighths and twelfths.

As European powers took over trade routes around the world, the metric system was adopted in other countries throughout the 18th and 19th centuries in order to standardize commerce. Whether it was a meter of lumber or a kilogram of fish, the metric system made it easy for business to flow between the French, English, Dutch and their colonies. Today, the metric system of measuring length is used on all continents. 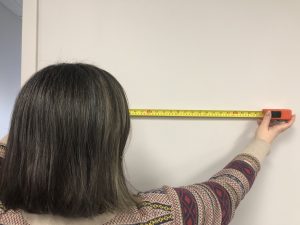 The United States, however, held onto their feet and inches. The timing of the American Revolution meant that Americans established their own country just as the metric system was being implemented. As roads were built and infrastructure developed, Americans stuck to miles, yards, feet and inches, instead of adopting the measurement system by their defeated home country.

Today, building materials in the United States are still sold in SAE units. From tiles to lumber, builders and contractors still buy, cut, and install materials down to a fraction of an inch. But some fields need greater accuracy, and the adoption of digital design and drafting technologies means that fractions sometimes need to be converted to decimals. 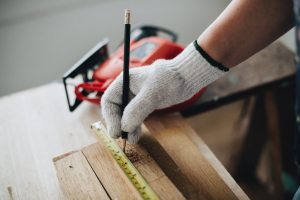 On a tape measure, feet and inches and decimal feet look very similar at first glance. A project can quickly run into problems if measurements are taken by someone using an Engineer’s Scale tape measure when they think they’re using an SAE tape measure: Six inches is six inches, but 0.6 feet is closer to seven and one-eighth inches.

No matter what type of measurement unit you use in your business, you can find a tape measure for it.

Keson provides the most complete offering of measuring tape options in the world. From standard short tapes to long tapes in steel and fiberglass, Keson offers products in SAE, metric and Engineer’s Scale units, as well as dual units so you can measure in both SAE and Engineer’s Scale or metric at the same time, which also helps make conversions easy.

To see the full range of products, and find out more about how different units of measurement are used in different settings, check out Keson’s website and blog.