Jeff Capstran, Keson’s vice-president of sales and marketing, recently combined these three values by leading a group of eight 14-year-old boys to a National Championship in boys’ AAU basketball. 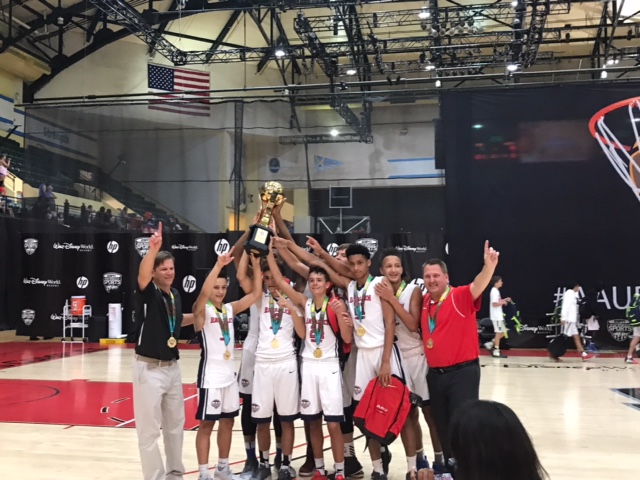 Most of the boys, including Jeff’s son Carter, have been playing together since they were eight and nine years old. (In 2016 the team took seventh place in nationals.) The 2017 national tournament began with over one hundred-twenty of the nation’s top “14 Under AAU” teams. Only thirty-six of them made it to the finals in Orlando, Florida, July 4-9, 2017 . It took a total of seven victories for this “Ray Allen Select” team from the Milwaukee area to walk away with the national title.

When asked about the victory Jeff said: “With last year’s seventh place finish, our boys realized that they could compete with the best teams in the country. After 2016 it was both an honor and a joy for fellow coach, Tony Resch, and I to guide these talented young men to a national championship. It was indeed a life-changing experience for each of them and we all had a lot of fun doing it. But give the boys all the credit for their dedication, hard work, and team play.”