AURORA, IL, November 23, 2016 – Keson Industries, a leading supplier and manufacturer of innovative, high-quality, measuring and marking tools, announced that it has three new chalk line reels to be introduced in Q1/2 2017, along with new labels for the entire ProChalk lineup that will reflect five levels of chalk color intensity.

“Keson is the only company making marking chalk in the US today, and we have formulated our colors to meet the diverse needs of our customers,” said Aaron Nosek, president, Keson Industries. “We believe we have created the best marking chalk in the world. It sticks to your line until you decide when you want it to stick to something else.” The new chalk packaging and formulas enable users to easily find on not only the color they’re after, but also the level of permanence they need.

For almost 50 years, Keson has built products that meet the highest standards of accuracy and durability.

Keson Industries is a leading maker of measuring and marking tools. Since 1968, Keson has proudly served professionals in a wide array of industries, including construction, land surveying, paving, civil engineering, carpentry, roofing, irrigation, landscaping, traffic safety, athletic, appraisal/estimating, maintenance, golf course design, mining and blasting, and property insurance. Keson products are made for people who are passionate about their work and getting it done right. 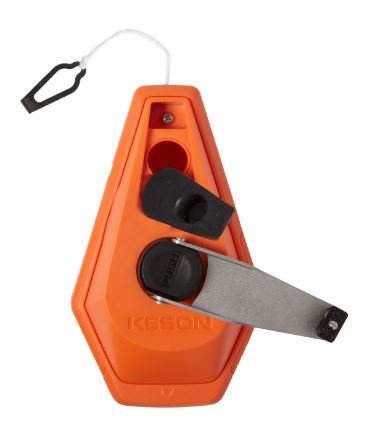